Kongoji Zen Temple (Rinzai Zen Buddhism) was founded in 1394 by a monk named Kiko Houn. Kiko Houn was the 2nd monk of Gokurakuji Temple in Minamiashigara, about 300m south. It has been recorded that the temple was first used as a retirement home for Kiko Houn. 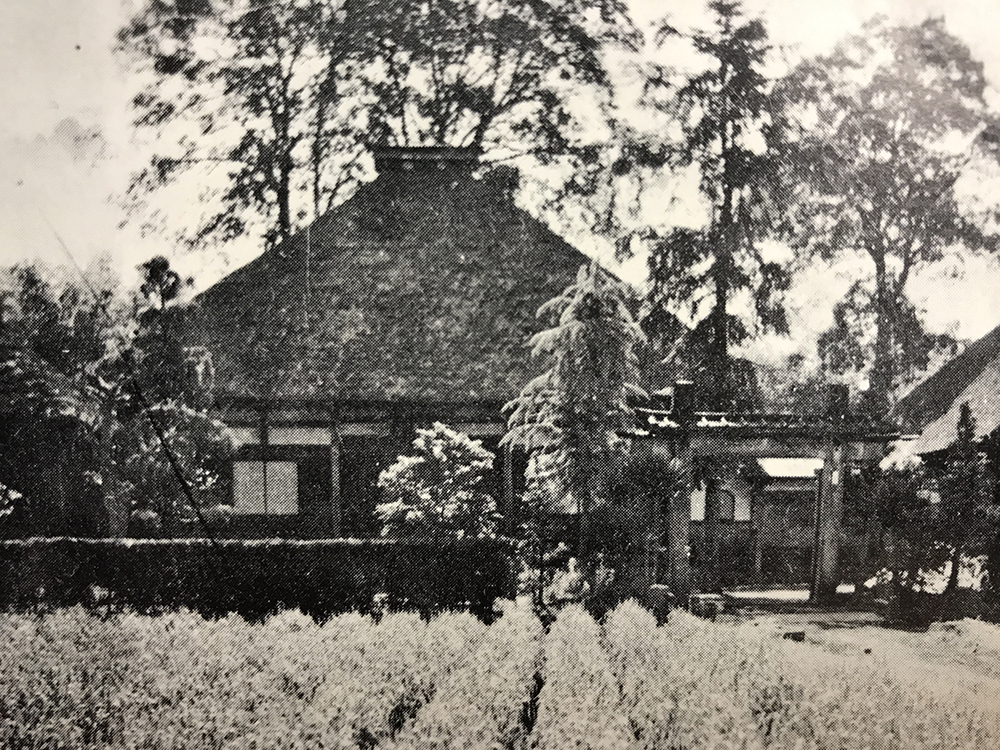 In 1853 a devastating earthquake struck the near city of Odawara and destroyed the entire main hall and the near house of the monk. 1854 the house of the monk was rebuilt. The main hall was rebuilt later in March 1867. The new building was constructed in the image of the beautiful Zokutoan Temple in Kamakura. The Temple of Zokutoan was originally the place where the Zen Master of the first monk of Kongoji has his grave. 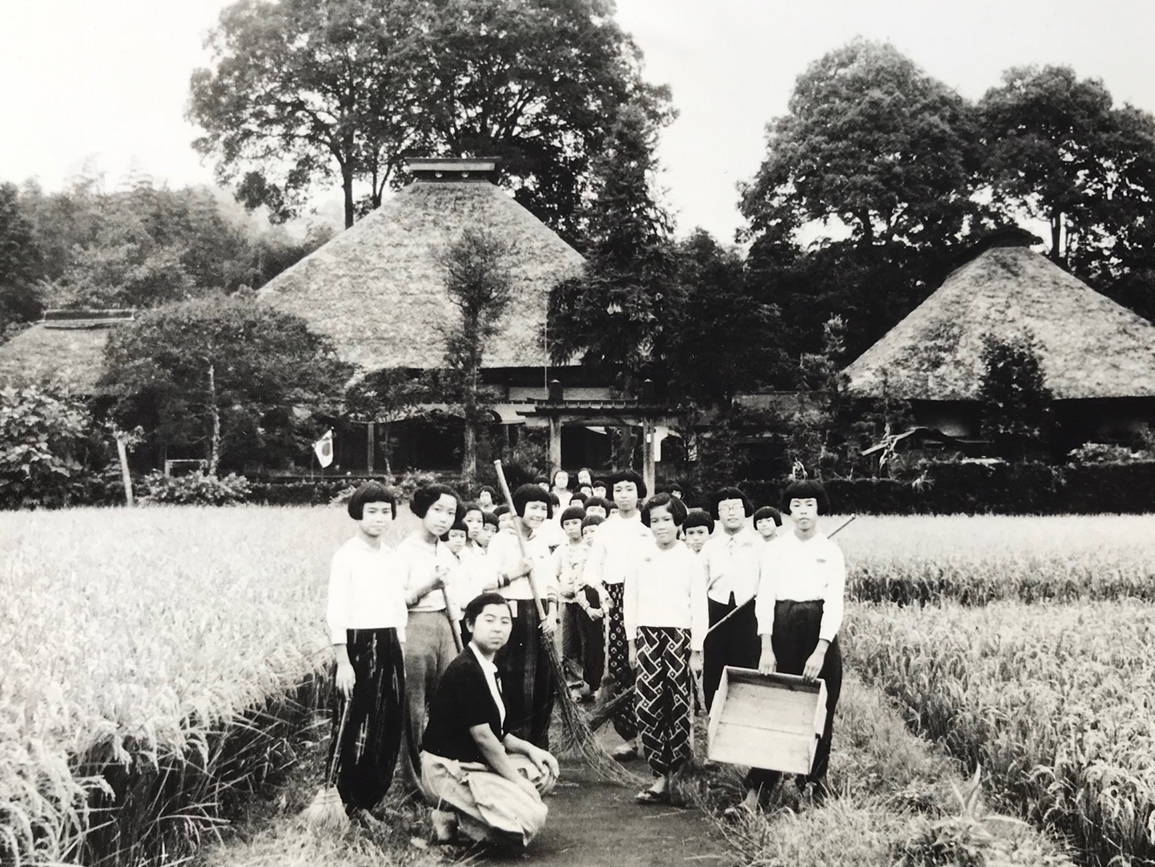 Picture of children who have been evacuated from the big cities to the countryside during World War II. The roofes visible in the background on the left is the Kannon hall and the house of the former monk on the right. 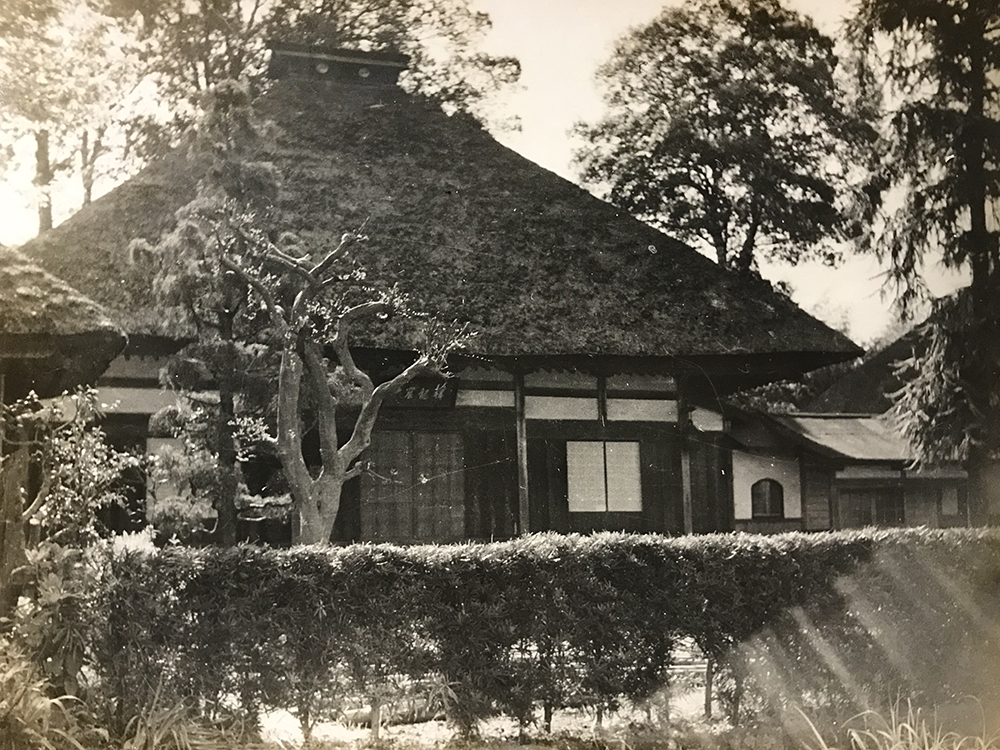 Picture of the main hall with the traditional thatched roof in 1945. 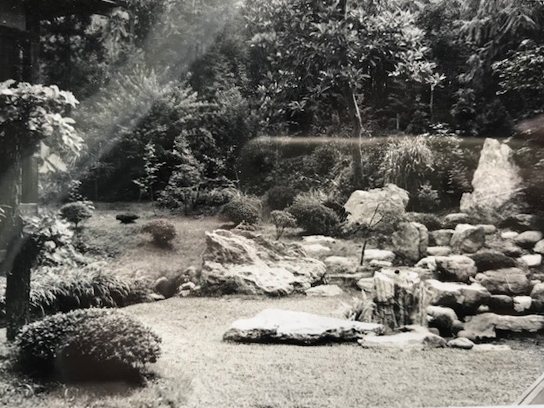 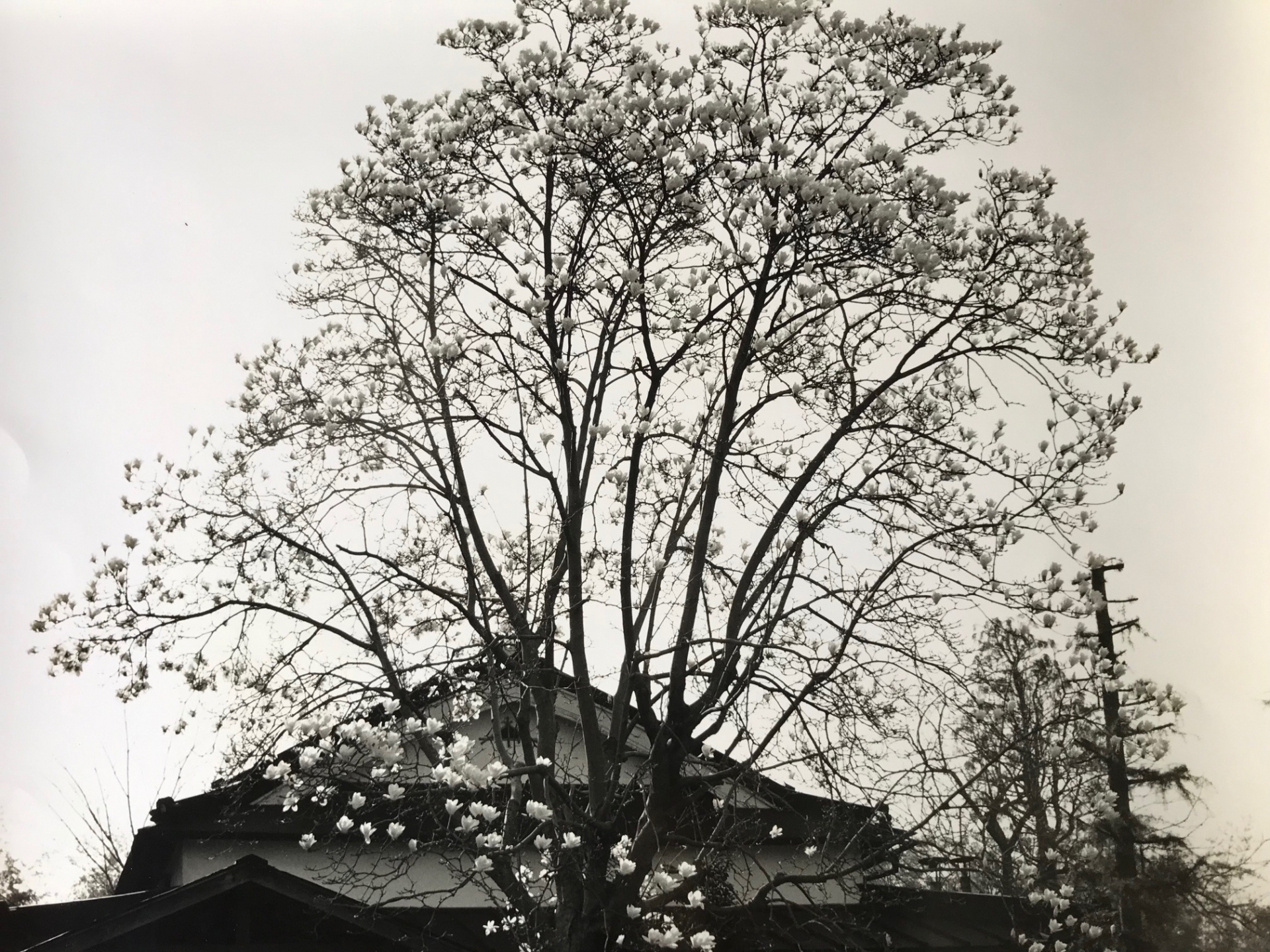 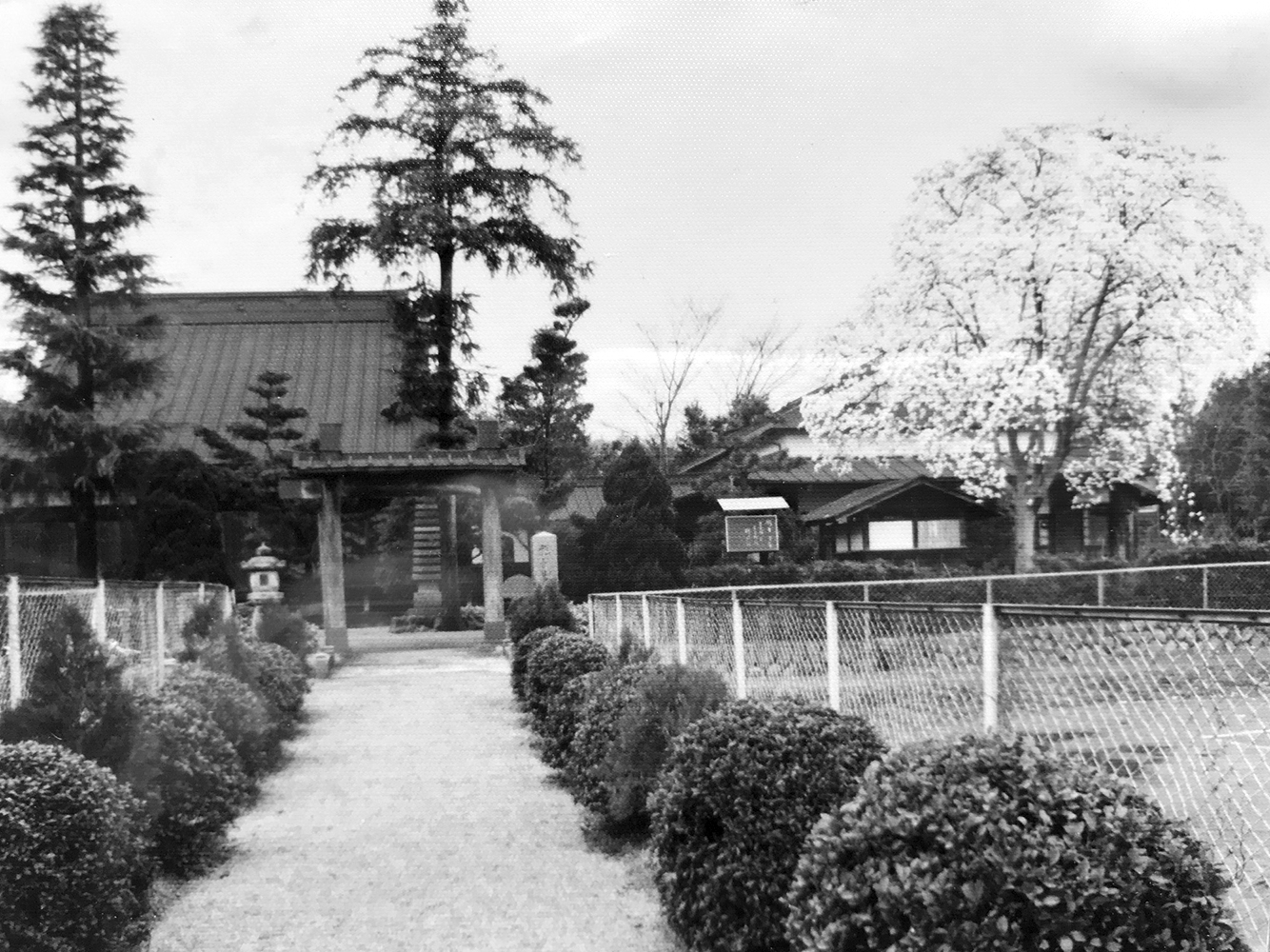 The street which leads to the temple in 1955

The main spirituality at Kongoji Temple is the Buddhist deity Jizo (Enmei-Jizo-Bosatsu). The original name is Jizo क्षितिघर्भ Ksitigarbha. His name may be translated as "Earth Womb". Womb refers to a mothers womb and it is said that the deity got this name because of its infinite virtues and benefits for all people. The deity is known for his vow to protect all beings in the afterlife, as well as his vow not to achieve Buddhahood until all hells are emptied. He is therefore long been regarded as the bodhisattva of hells, as well as the guardian of children, protector of the weak and patron deity of deceased children in Japanese culture, where he is known as Ojizō-sama. The name Enmei-Jizo-Bosatsu is derived from protecting newly born children and extending their lives. In the past, there were many people who had been visiting Kongoji Temple and pray for safe delivery. 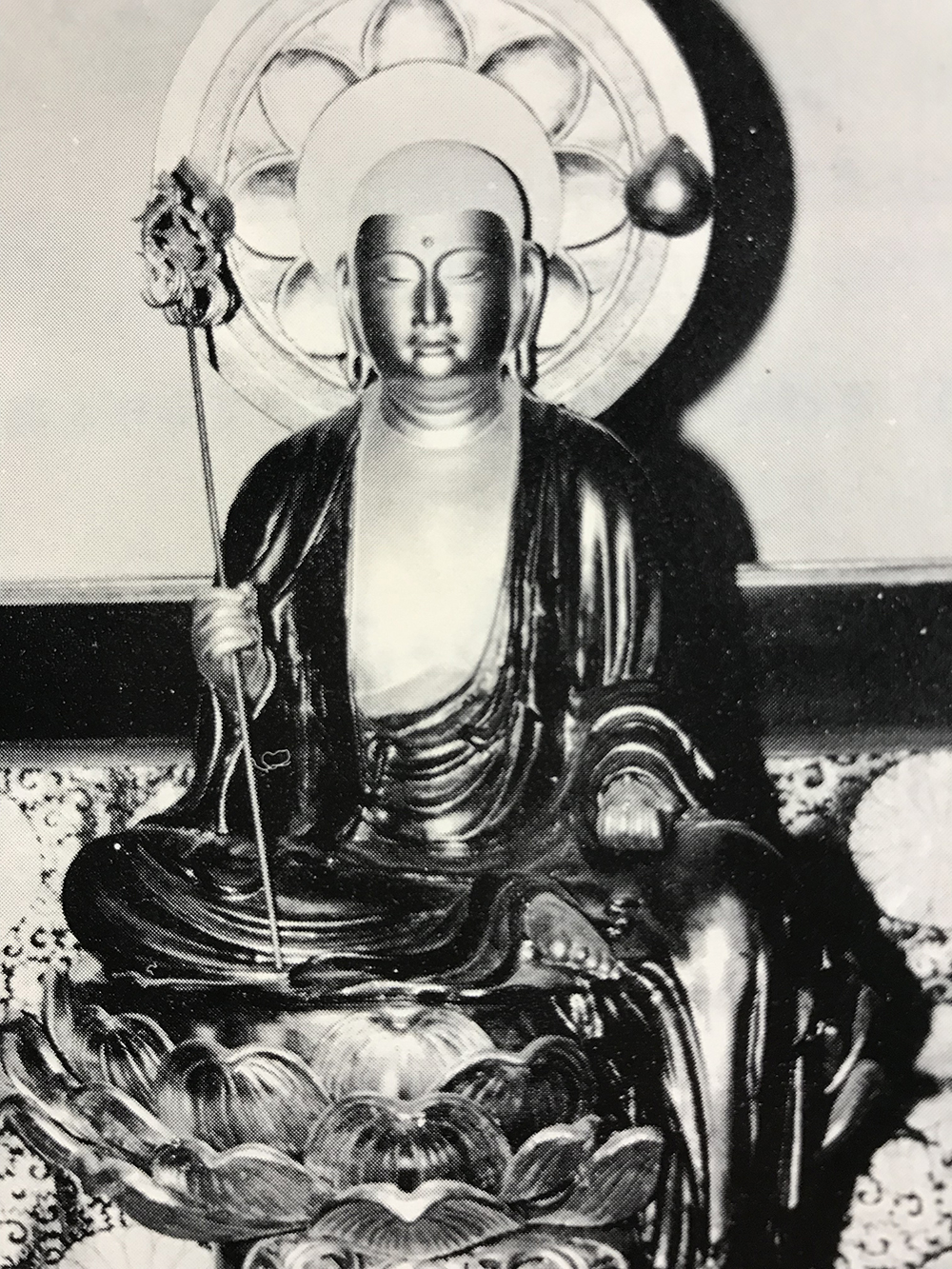 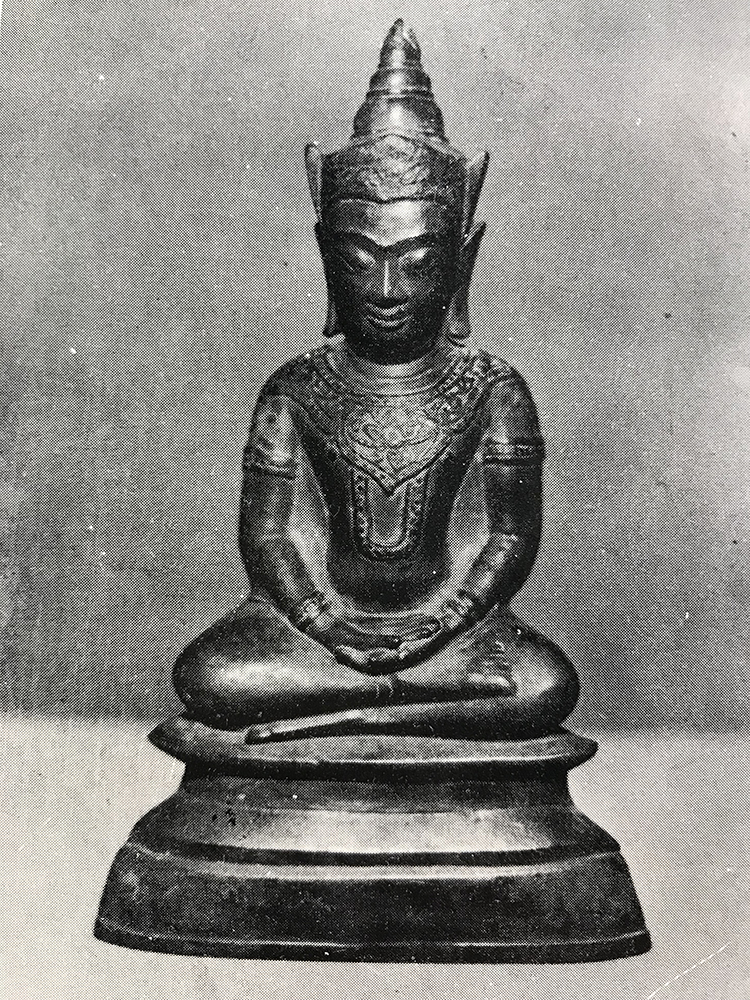 The first owner of Odawara Castle Lord Omori (also called Omori Shinanokami Ujiyori Nyudo Kiseian) entered Iwahara Castle after the surrender of Odawara Castle and gave himself the name Kiseian. He was in private posession of a Buddha statue of Siddharta from Siam (currently Thailand) to which he used to pray daily. (The fact that there was a statue from Siam in this region can be seen as an evidence that there were diplomatic relationships between Thailand and Odawara.)

The 2nd Zen monk of Kongoji Temple at that time, Tetsugai Hoshin founded a second temple as a retirement home. This temple had the name Dainichisan-Zenkeian. Lord Omori donated his private statue to Zenkeian Temple and it was enshrined as the main deity. The temple later burnt down in 1590 during the siege of Odawara. The statue of Lord Omori has been moved to Kongoji Temple and since then has been standing right next to the main deity in the main hall of the temple.

During the years the structure of the buildings have been demolished several times through earthquakes. But through the help of the local community the temple has been renovated or rebuilt every time. With the support of all people this Buddhist sanctuary will endure for many more years. 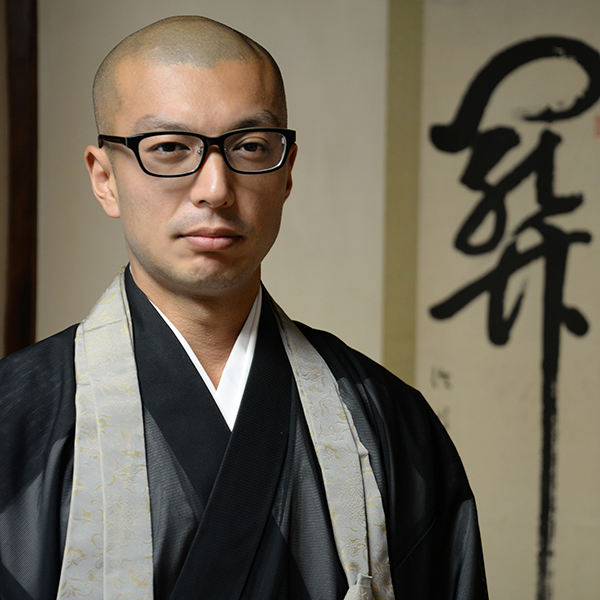 On June 4, 1984, I was born as the eldest son of the former Zen monk of Kongoji Temple, but when I was little I didn't like being born in a temple and my father being a monk. I decided to hand over the temple to my younger brother, and went to a Christian university as a strong statement. Although I did not want to take over the Buddhist temple, I changed my mind after realizing the physical condition of my father, which became sick. AAfter three and a half years of training at Enkakuji Temple in Kamakura, i worked under the lead of my father for about seven years after becoming the 19th head priest in 2019. My goal is to improve the atmosphere of the temple by building a new garden and enlarge the buildings of the Zen temple, that the local community has a place to gather. Kongoji Temple will become a place, where people vsit and return home with a clear mind and a smile on their faces - A temple like this is what i want to build in the future. 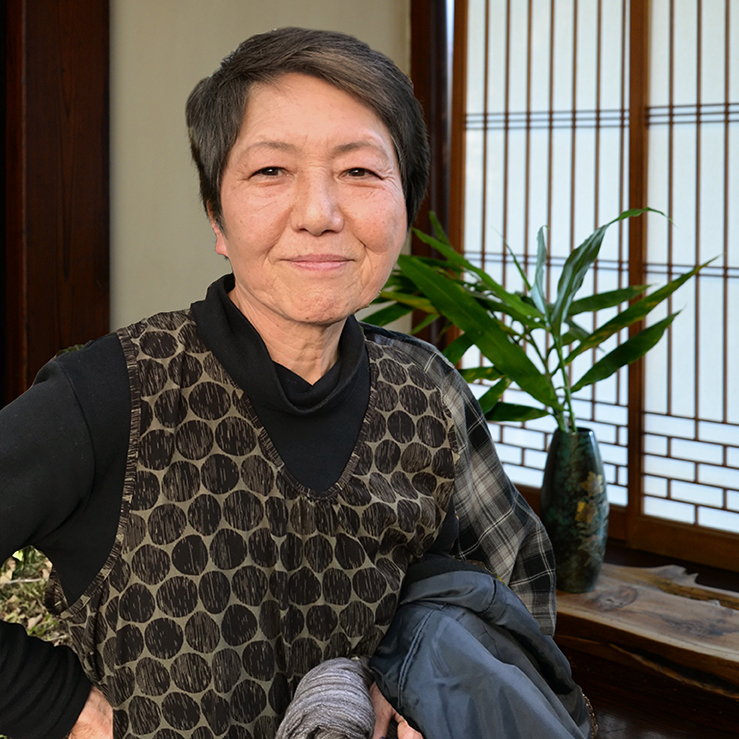 I was born as a daughter of a Buddhist Zen monk in Fujieda City, Shizuoka Prefecture. About 40 years ago i came to Kongoji Temple as the wife of the 18th head priest. My hobby is raising Meloimorpha japonicus are also called Bell crickets. Bell crickets are 2-cm long smal insects which make a beautiful trilling sound, like a bell, when they rubb their wings together.I started about 30 years ago when I got one cage of bell crickets from my father. The number of insects has been increasing ever since and now we have more than 10 cages. In the hot summer of Japan the sound of the crickets can be heard from the temples reception. 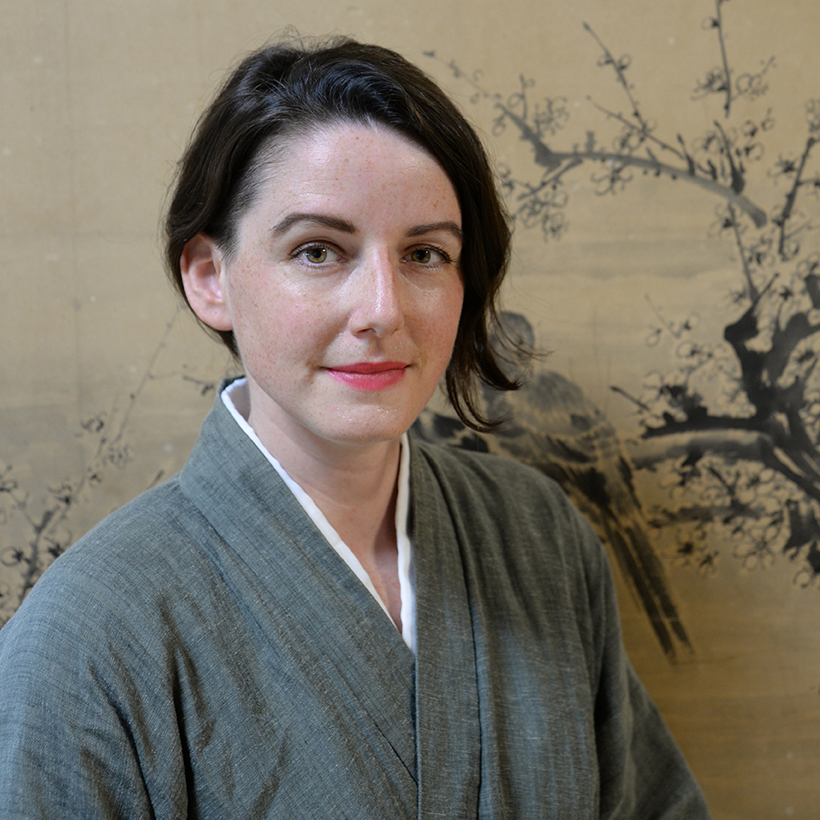 I was born in Switzerland and came to Japan in 2013. I worked in Odawara at the Hotoku Ninomiya Shrine-Hotoku Kaikan as a interpreter and tour guide for the area. Currently, as a member of Kongoji Temple, I am in charge of the homepage, event planning, gardening project planning, etc. It is my goal to help lead the temple into the future by creating new projects which gather people and at the same time, protecting old Japanese traditions. I would like to create a relaxing atmosphere of whorship, a place of culture, a place of knowledge and history and a place to just be.